From 22 to 24 June 2018 the Red Cross of Serbia Headquarters, together with the International Federation of Red Cross and Red Crescent Societies organised a training for trainers focusing on Sexual and Gender Based Violence within the framework of Psychosocial Support programmes. 20 participants from five National Societies actively engaged in the training. The main goal of the workshop was to improve knowledge and skills of the staff and volunteers of the Red Cross, to improve capacity, ensure exchange of experience and establish standards in working on Sexual and Gender Based Violence. This is expected to lead to building more secure and resilient communities. 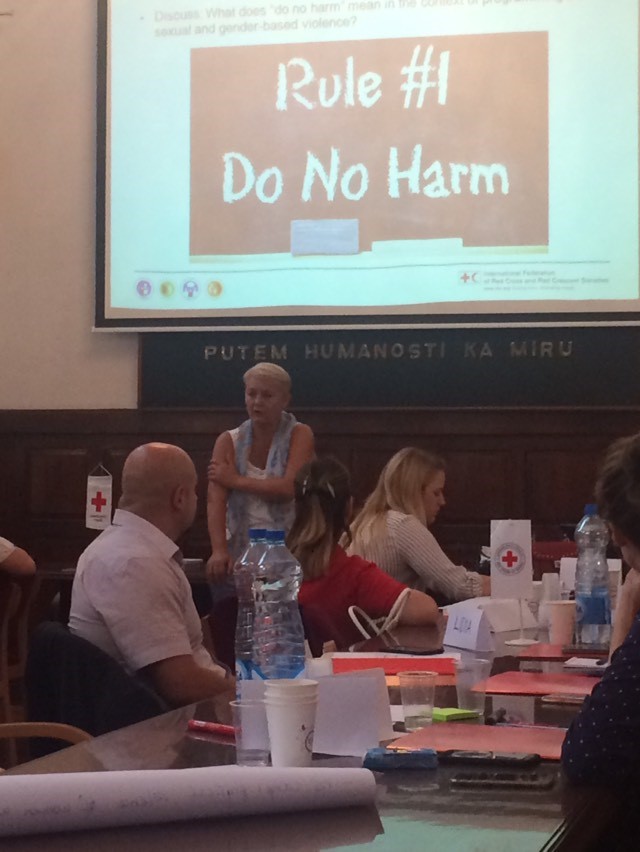 Since early 2016 around 180,000 migrants have reached Europe, mainly through Greece as well as Italy. A vast majority of them came from the countries with active armed conflict where the violence happened over several years and is still ongoing, causing these intense migration flows over time. The Red Cross Red Crescent Societies across Europe provide support and services to migrants and this includes psychosocial support services that are more and more needed along the migration route. The increasing percentage of women, children and young men in the migrating population also increases the need for psychosocial support services.

The participants learned a lot about people at risk of SGBV and about groups with particular vulnerability including older persons, persons living with disabilities and the LGBT population. As the Red Cross of Serbia is a leading National Society on the topics of ageing, older people and their access to human rights, a section of the workshop was focused on elder abuse. Demographic estimates suggest the number of older people in displacement all over the world is between 3 and 5 million. These activities are complementary with the PFA CE project as they contribute to the increased capacity and enable synergy of different projects and different activities within the psychosocial support department thus enabling the Red Cross of Serbia to provide good quality psychosocial support services not just to migrants but to all populations affected by complex emergencies. 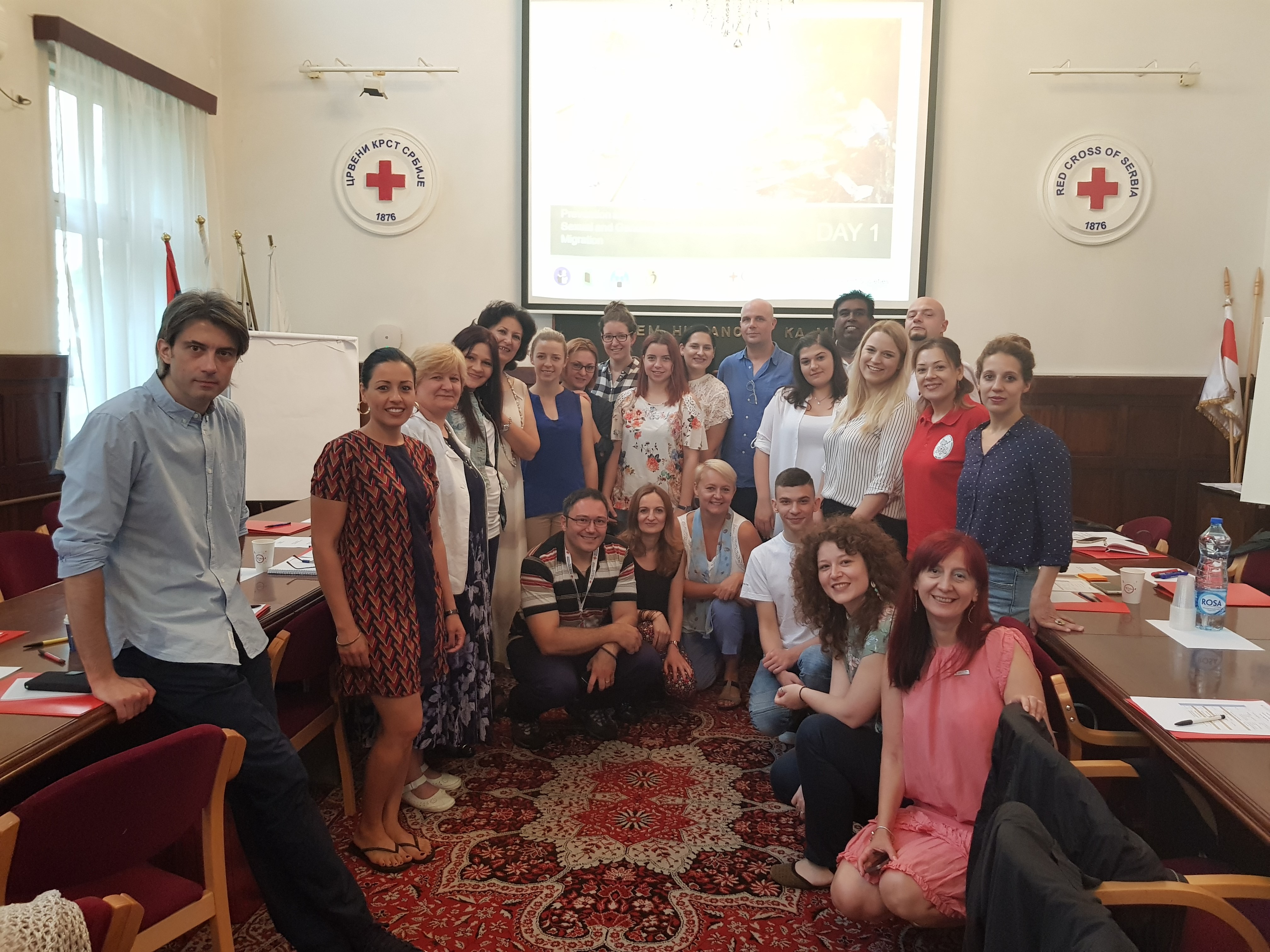